The charming and stately late 19th century buildings of downtown Woodstock offer confirmation that this is a community devoted to preserving, celebrating and sharing its heritage. Quaint brick streets and period lighting surround the lovely Park in the Square, where generations of families have gathered to enjoy parades and ceremonies, art fairs and farmer’s markets, and summer City Band concerts going back 130 years.

Woodstock was founded in 1844 as Centerville, located in the exact center of McHenry County and designated as the seat of county government. In 1845, the name was changed to Woodstock, honoring the hometown of settlers from Vermont. The town was incorporated in 1852, and became a City in 1873.

In the mid-1800’s, the Chicago & Northwestern railroad arrived, giving local farmers access to large Chicago markets for their cattle, grain and pickles, and allowing Woodstock to attract the Borden Dairy plant, one of the world’s largest at that time. The early 1900’s brought both Emerson and Oliver Typewriter companies to town, and by 1922, nearly half the world’s typewriters were made in Woodstock.

Early buildings were made of wood and the oldest were largely destroyed during numerous fires. Two majestic focal points of Victorian architecture remain active anchors to the Woodstock Square Historic District: the 1857 Old McHenry County Courthouse and the 1889 Woodstock Opera House. Both buildings are owned and operated by the City of Woodstock and reflect the City’s continuing dedication to historic preservation, arts and culture.

The Woodstock Opera House was originally built as the City Hall, Library, Auditorium, and Fire Department. Over several decades, virtually every aspect of the “Gothic” style limestone, brick and terra cotta building has been lovingly restored to its original features. A favorite venue for performers nationwide, the Opera House presents a year-round schedule of professional theater, dance, music concerts and art exhibitions, attracting thousands of visitors annually to enjoy Woodstock’s unique downtown shops and cafes.

Legendary actor, director and playwright Orson Welles spent his formative years at Woodstock’s Todd School for Boys and performed his first play on the Opera House stage, now named in his honor. The Woodstock Players, summer stock theater at the Opera House, launched the careers of acting legend Paul Newman and many others. Woodstock was “home” to the world’s greatest crime fighter, Dick Tracy, as his creator Chester Gould lived here for 50 years, commuting to Chicago six days a week to work on the beloved cartoon strip. The town starred as Punxsutawney, PA, as the main filming site for the Bill Murray hit movie, Groundhog Day, and Woodstock’s Classic Cinemas movie theater’s main screen has been plaqued as the Harold Ramis Auditorium, reflecting the late director’s affection for his time working in Woodstock.

The Old Courthouse & Sheriff’s House, under major renovation, currently houses restaurant dining with outdoor seating, an art gallery and music studio. In 2015, the Urban Land Institute performed an extensive review of potential development ideas for the future of this building. Ideas are still being formulated, and planning for the highest and best use of the Old Courthouse continues along with extensive historic preservation repairs and renovation, following years of private ownership and structural deterioration.

Following an enthusiastic community-wide effort by residents wanting to share their beloved community with a national audience, Woodstock was named an All-America City in 1964. The Old McHenry County Courthouse and the Woodstock Opera House were listed on the National Register of Historic Places in 1974, and the entire downtown area attained landmark status as the Woodstock Square Historic District in 1982. The City obtained Certified Local Government status from the National Park Service in 1998, giving recognition to its excellence in municipal administration.

Other notable achievements reflecting Woodstock’s growing renown as a historical attraction include being one of a Dozen Distinctive Destinations by the National Trust for Historic Preservation in 2007, and being named a Preserve America Community by the White House in 2014. 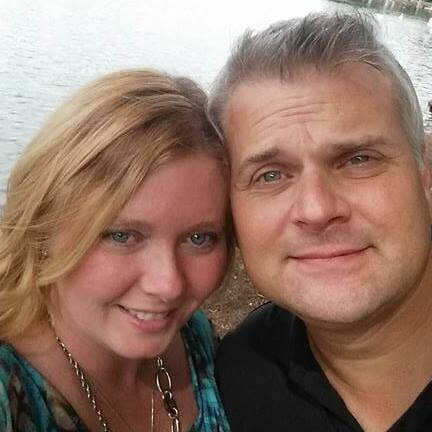 George and Lori Miarecki gladly welcome you to a dream come true!

With many years of dreaming of one day starting a B&B to share with the world, we found the perfect home without even looking.

We came to visit old school friends for a reunion in June 2017. It was love at first sight when we arrived at this incredible house. It was a wonderful surprise to find out the B&B was for sale after spending a couple days fantasizing what we would do if it were ours. By August we were ready to move and start this incredible adventure.

We are a family of award-winning cooks. Competitions were a fun way to give back to the community while sharing our love for cooking. Collectively we have spent 5 decades in the hospitality business in many capacities. This is a natural progression to serving people on a more intimate level. It’s a family business & everyone helps out in the kitchen and giving tours.

We enjoy meeting guests and love making others happy doing what we are passionate about. We love showing our guests all of the great places to visit in the area. This is George’s hometown and he knows the ins and outs. We have spent a great deal of time in other B&B’s as well as practically living out of hotels across the country for travel and business. We’ve seen the best and the worst, and this is our time to shine as the best. Hosting guests and sharing in fun activities is a pleasure for us. Bed and Breakfasts are considered the most desirable places to stay when traveling for leisure or business. By having such a beautiful home in a postcard town makes it an easy choice for our family.

You can expect to find us around the house when needed and often in the kitchen. We don’t want to impose, but we love meeting new people. You are welcome to join us for a game or chat while we cook. If privacy is what you came for, we will ensure a relaxing and enjoyable stay. We share this home with a teenage son and our 3 dogs that live us in the third-floor apartment that is separate from the guest portions of the house. Our live-in massage therapist Alys and assistant may be seen around the home during your stay as well. Feel free to chat or ask for assistance whenever needed.

Are you ready to plan your Wedding?